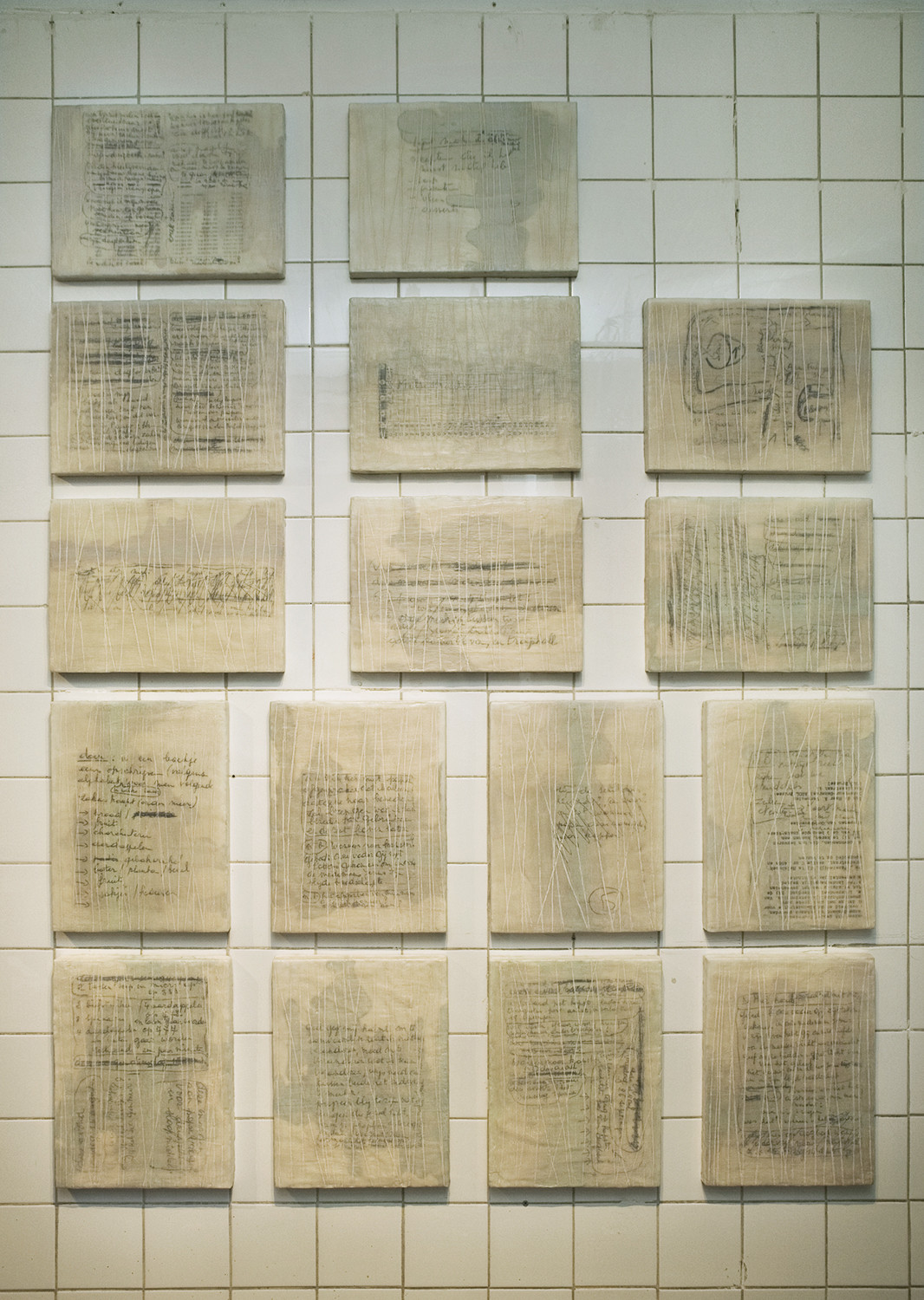 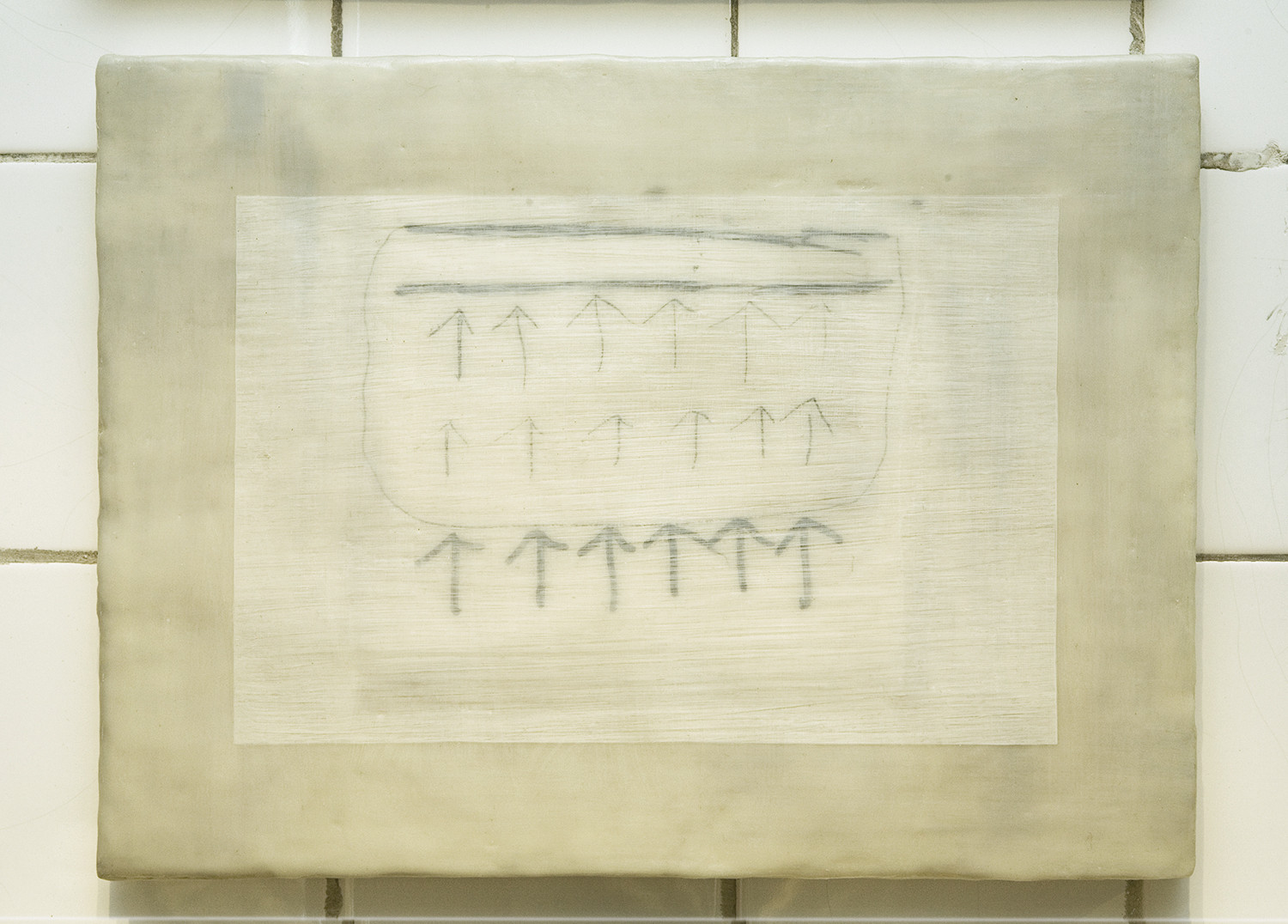 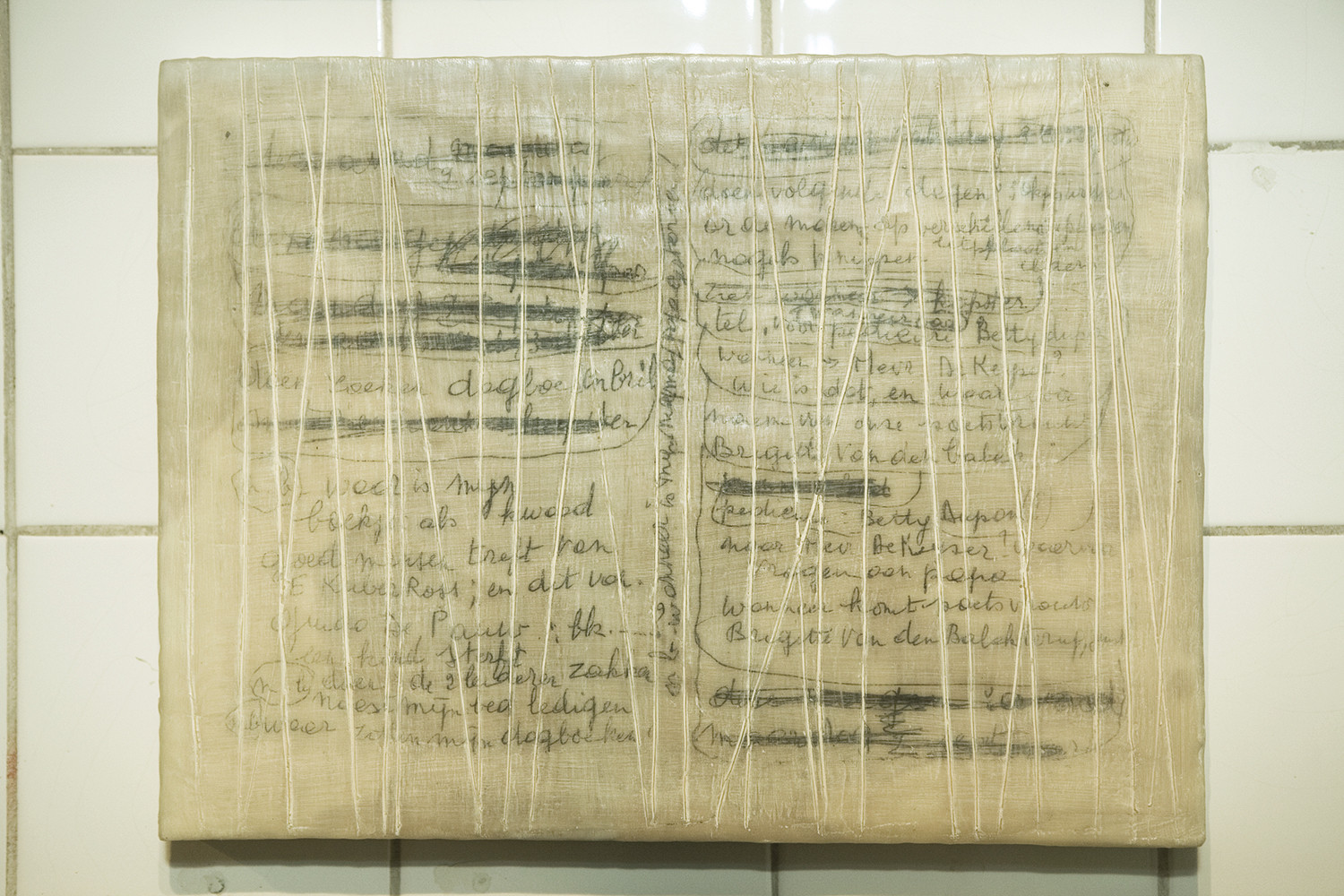 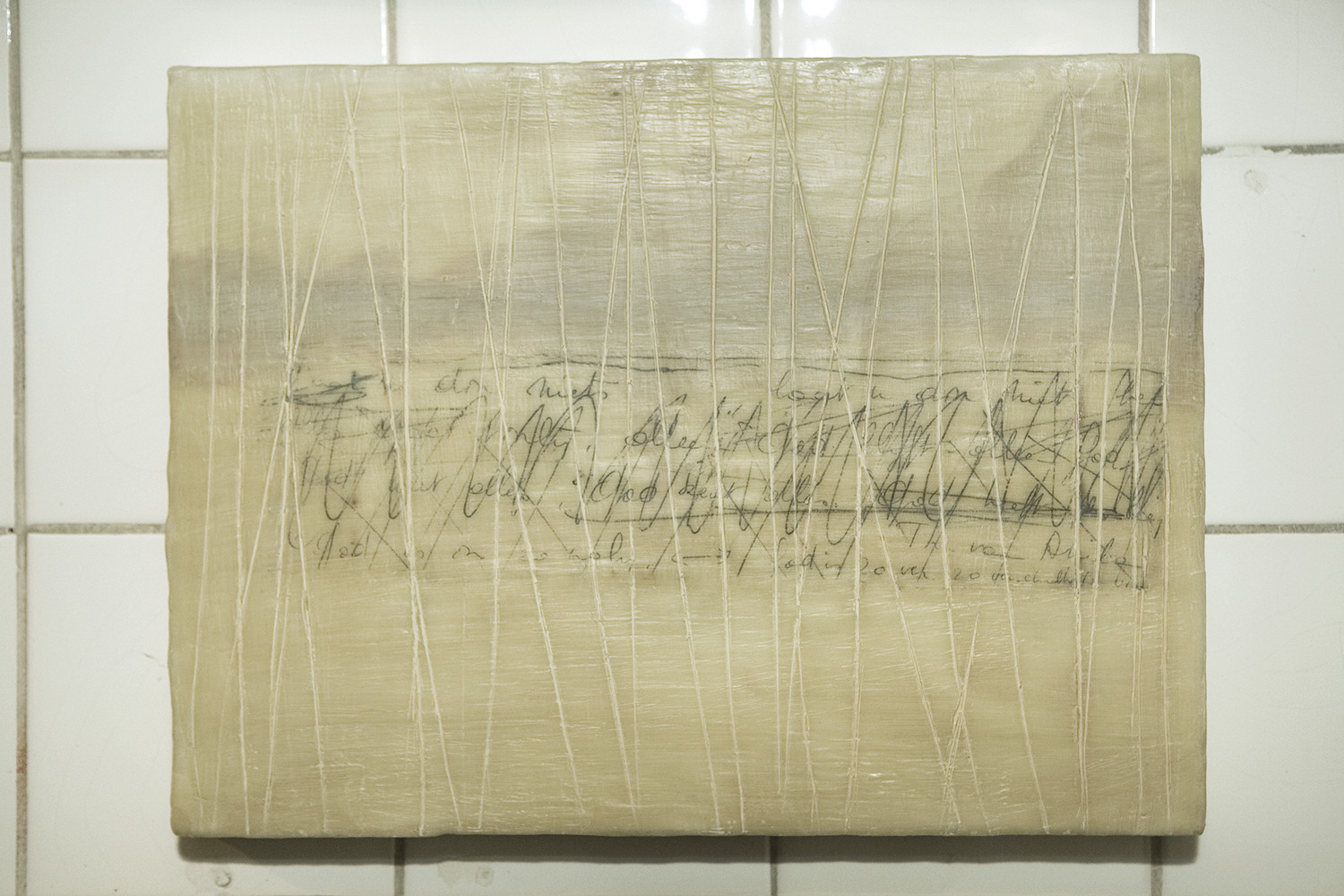 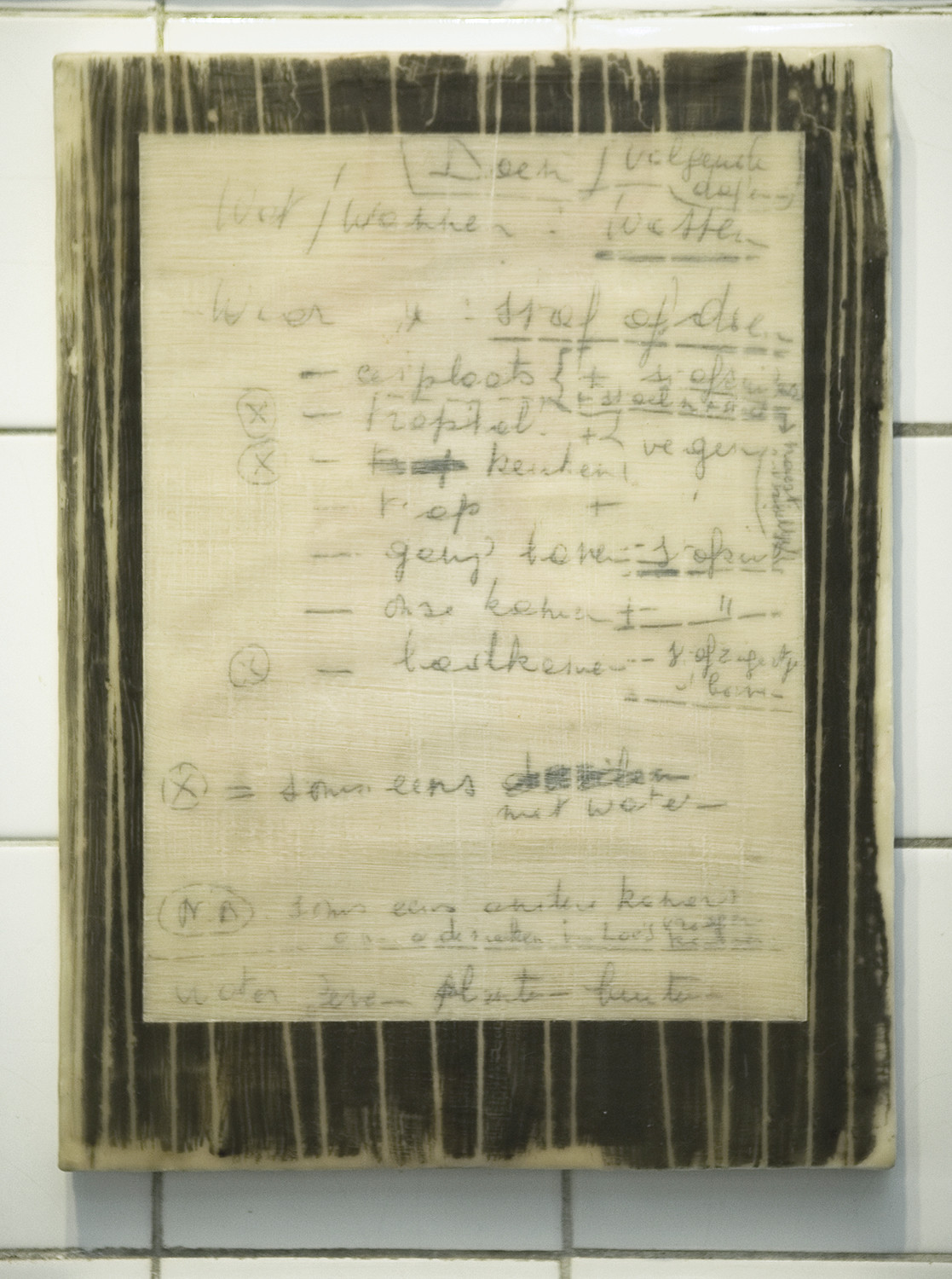 Schrammen in haar hoofd (Scratches in her head)

My mother had Alzheimer. I was fascinated by her small world and especially by her method of combatting the disease by writing hundreds of memos to herself. We all do it: to create order, to free up space in our minds. But when the brain starts losing its grip the memos become something to rely on. That’s why my mother began keeping them at some point or another: it must have been the enormous fear of losing the sense of her ‘daily’ existence. A battle against fading away, against the transitory, futile nature of her life. Her memos were originally intended to deal with day to day activities but became an activity in itself: studying the memos, putting them into some kind of order. Because the memos became seemingly useless they acquired the beauty of the purposeless art form, in which the importance of the activity itself becomes the art form. You could compare this with Outsider Art, but also with the obsessive daily painting of the day’s date by On Kawara. Some of the memos were projected and anchored in wax. Graphics were added to the transparent layer of wax making the ‘naked’ legibility of the text unclear, somehow creating distance for the viewer.

At half in the collection of Dr. Guislainmuseum, Ghent, and for the other half permanently presented in the Department of Molecular Genetics, University of Antwerp.