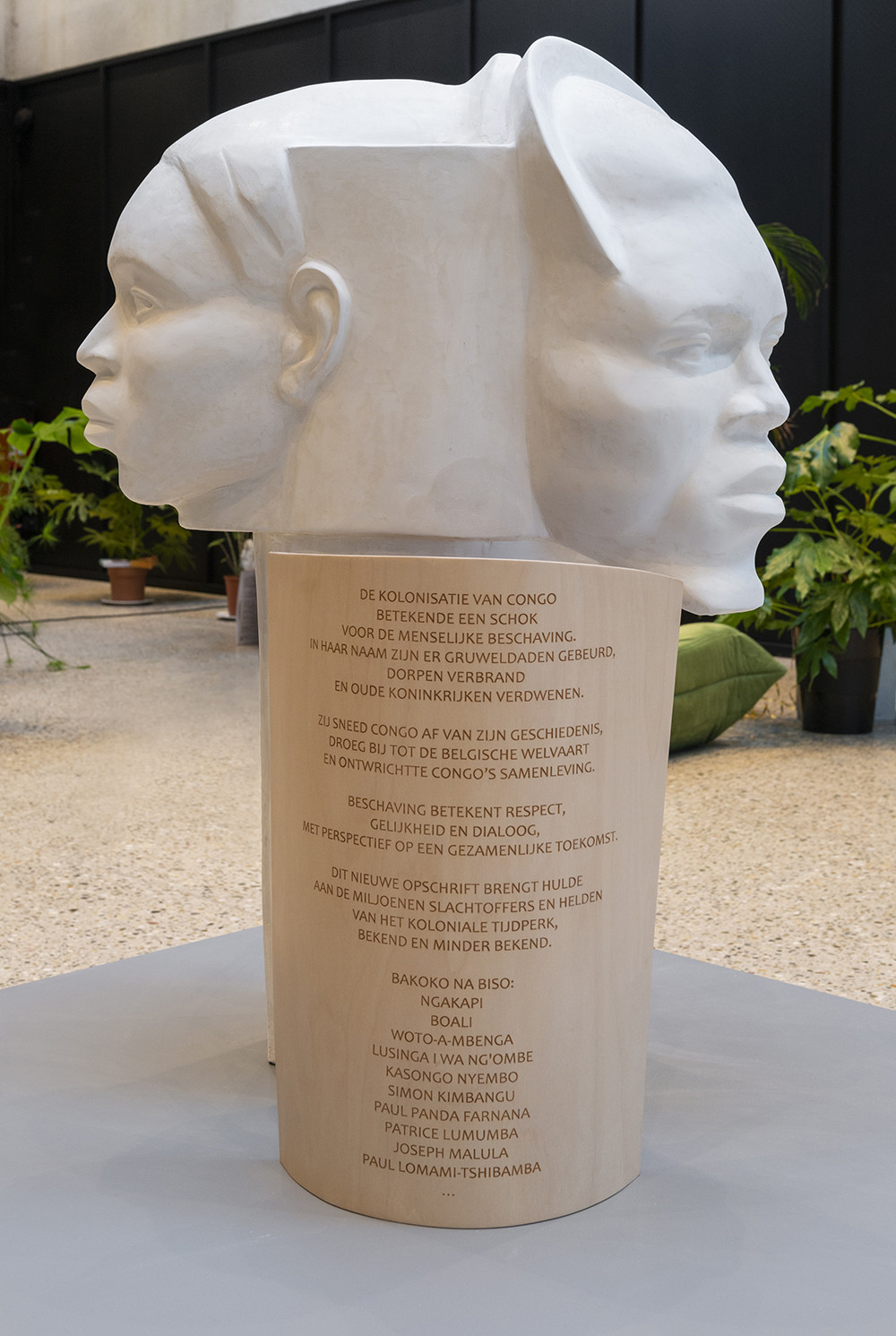 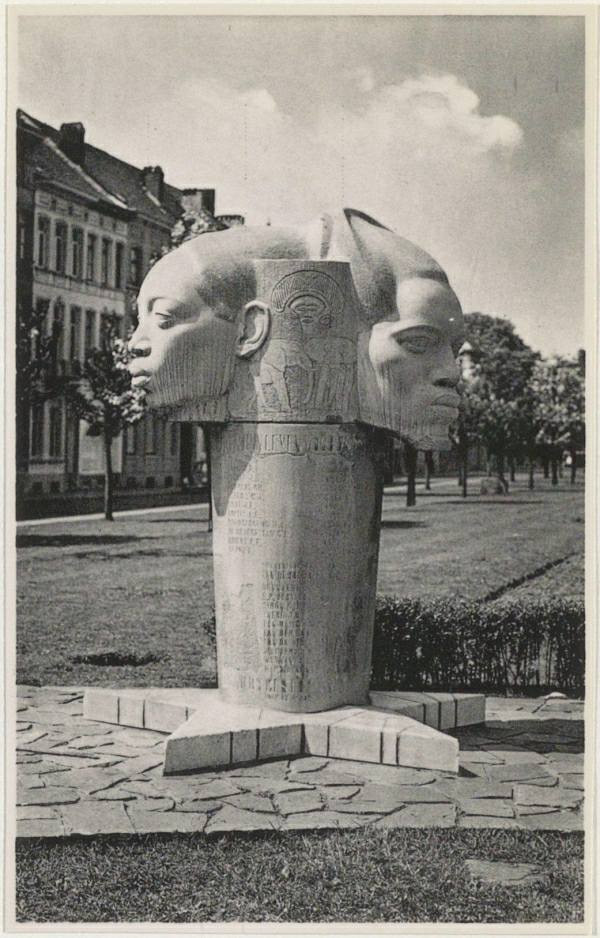 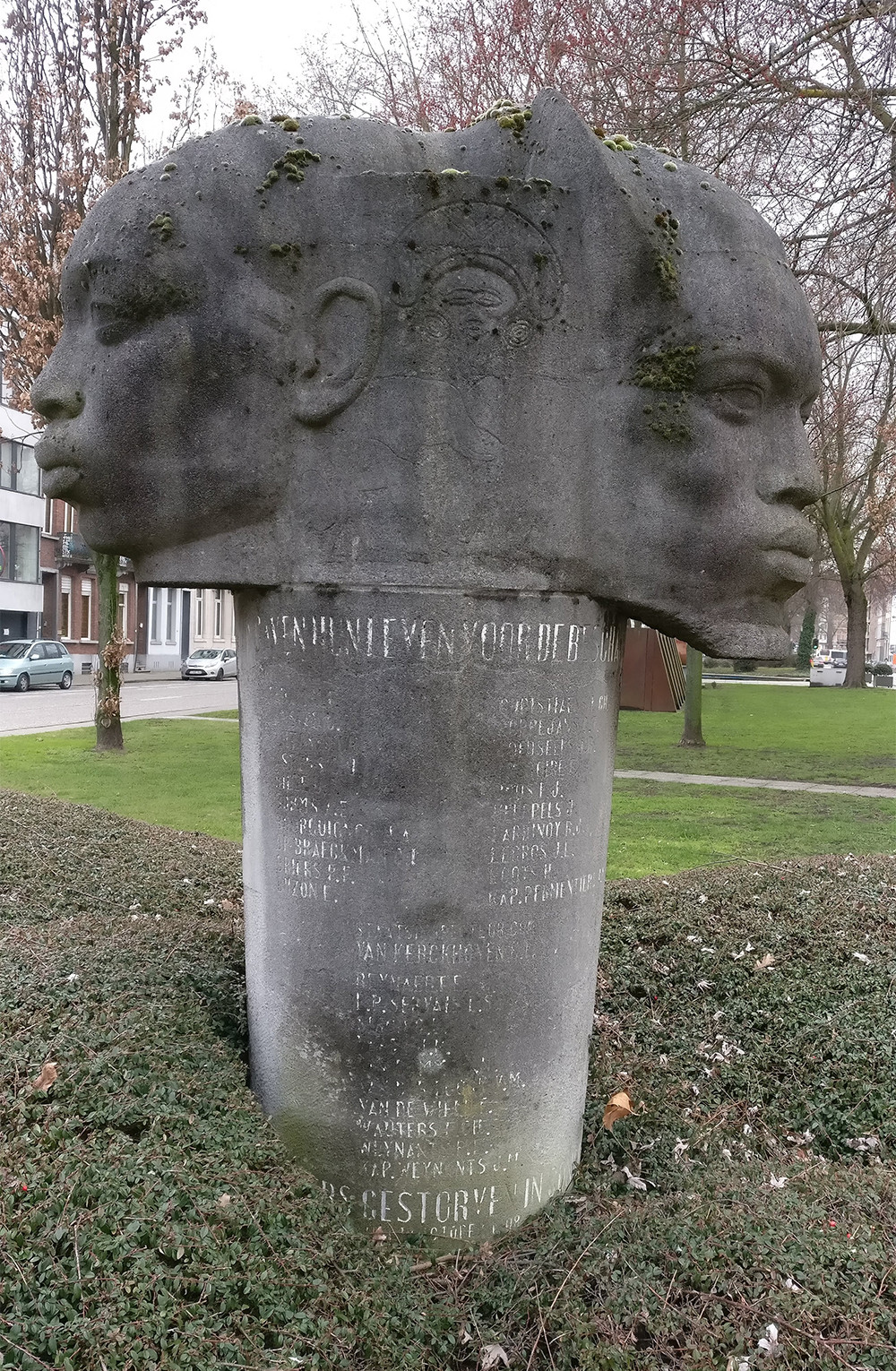 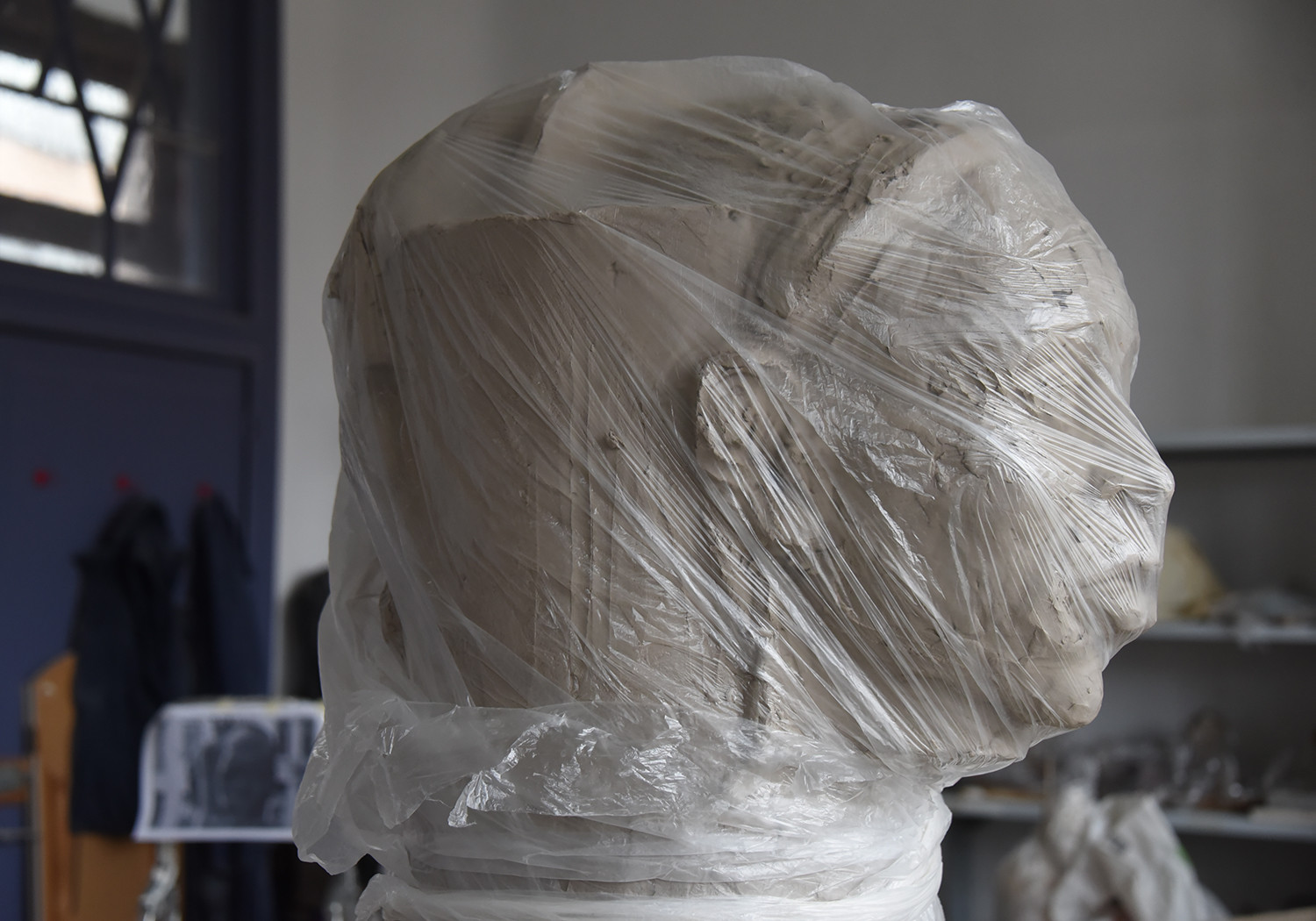 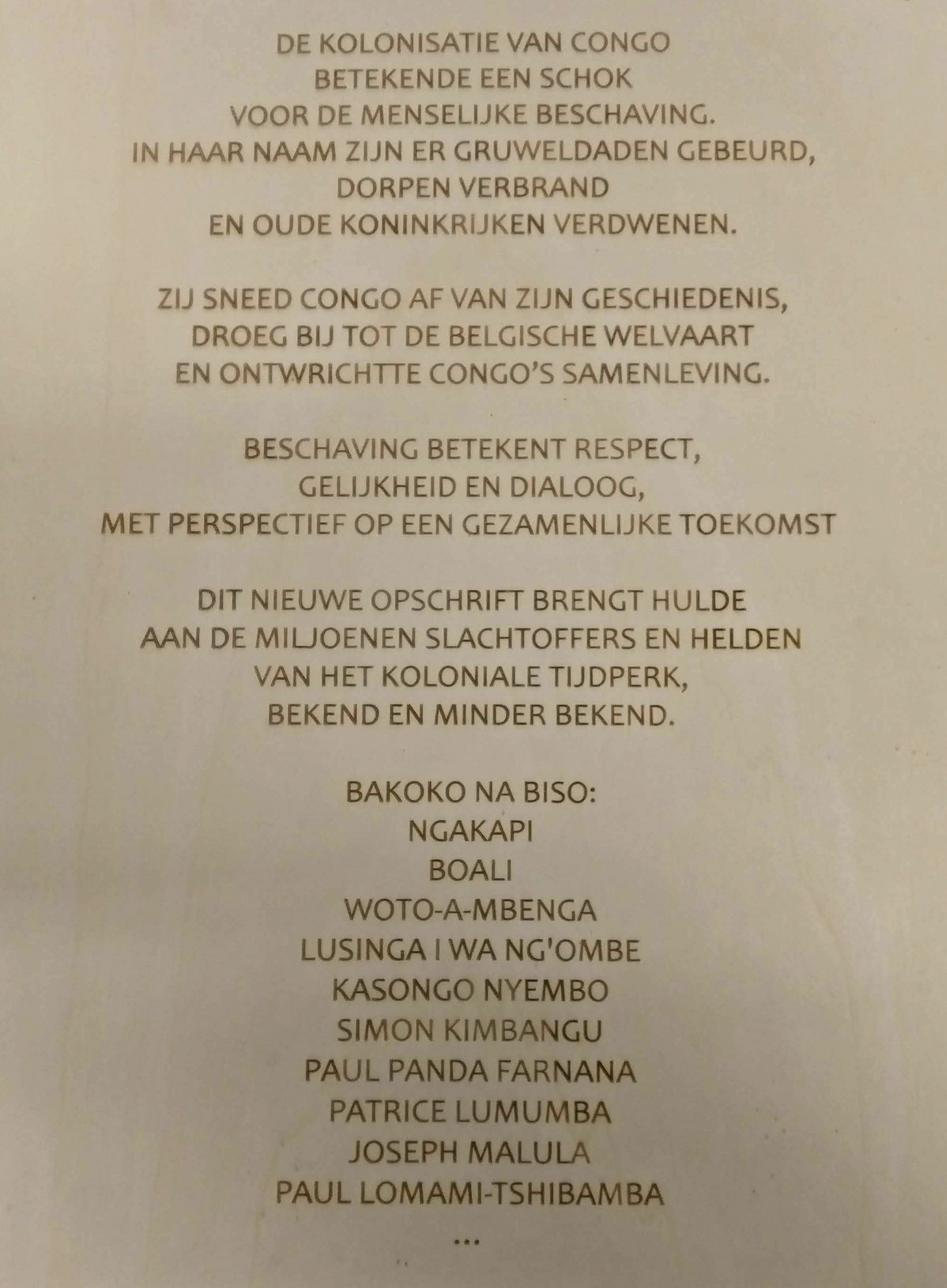 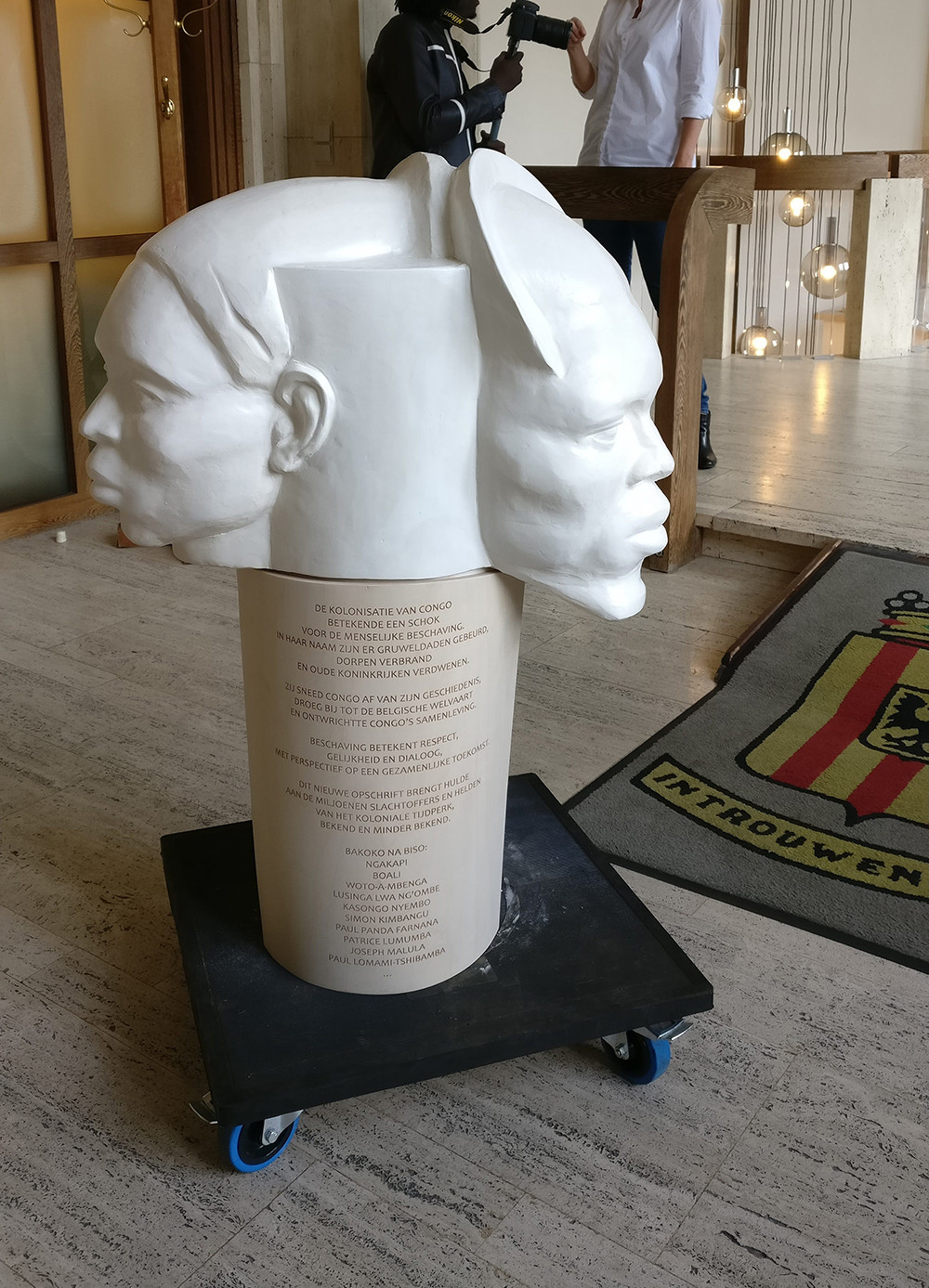 In Mechelen, the colonial monument by Lode Eyckermans in the Schuttersvest pays homage to 31 “pioneers who died for the civilization in Congo” as it is inscribed on the statue. One of them is Van Kerckhoven, who was a notoriously cruel commander during the reign of king Leopold II of Belgium. The statue is very intriguing, with two stylized Congolese heads, a male and a female, as a Janus image. It aestheticises what is problematically called the “African race” and thus could be seen as a tribute to it. However, this is in stark contrast to the inscription on the plinth, since the inscriptions only tells one side of the story, the Belgian one.

Confronted with this, I asked the sculptor Raf Vergauwen to make a scaled-down copy of the monument: The Copy. With a group of Belgian citizens with Congolese roots living in Mechelen and the surrounding area* we worked on a proposal for a new inscription for this copy. This text discusses both sides of history and focuses on the word ‘civilization’, as well as acknowledging the impact of Belgian rule on Congo. Although critical, this inscription expresses a positive view of the future, a society of equality and respect. In June 2019, after several months of meetings, creating a safe space for intimite discussions, the group introduced this new inscription to the mayor of Mechelen, with the proposition to place this text near the original statue. A few weeks before their visit, another new text was installed by the Mayor’s council, one that the group feels is too limited in its – exclusively historical – message. The group also confronted the Mayor with the lack of participation by citizens of Mechelen in the placement of this new text. Some members of the group signed and published a letter about this in De Standaard newspaper on 26 June 2019.